In June 2021, hospice patient Terry was diagnosed with mesothelioma. For the first eight months of his diagnosis, his wife, Jennifer cared for him at home with background support from St Wilfrid’s Community Nurses, Katy and Debby.

In the months after Christmas, Terry’s condition started to decline and caring for him at home became harder. ‘He had spent weeks just lying in his bed and he gradually stopped eating; savoury foods to start with and then everything apart from ice cream and mousse,’ his daughter, Julie told us. In April, Terry decided he wanted to come into the hospice.

‘They have really taken care of me here,’ Terry said of his care so far. ‘I see the Doctors at least once a week and the Healthcare Assistants help me to wash and sometimes shave; they’re brilliant. My eldest grandson, Matthew’s fiancé, Ellemay works here now, so she keeps an eye on me as well.

‘I have a great view of the courtyard garden on the left and the flower beds along the side of the building to my right. When the weather is nice the staff push my bed outside so I can spend time in the garden with my family.’

Since his arrival, Terry’s family have been to visit him every day and the support provided by the hospice hasn’t stopped at his care. Thanks to the donation of a guest bed from a previous family, Jennifer has been able to stay overnight in Terry’s room, and Julie has previously received counselling support. We have also been able to provide a welcoming and non-judgemental space for their youngest grandson, Adam, who has autism and severe learning disabilities.

‘While Dad was at home, Katy and Debbie had put us in touch with Sue Marsden (Learning Disability Nurse). We worked with her to help Adam get used to the hospice and we have been bringing him into the café since the summer,’ Julie explained.

‘Dad was very anxious about Adam when he was first admitted to the hospice, so Dr Barclay suggested we bring him in. I was cautious at first because Adam can be quite loud and I didn’t want to disturb the other patients, but he has visited five times now and has loved seeing his grandad.

‘The room at home where Dad had his hospital bed used to be Adam’s room, so it was confusing for him when Dad went in there. There wasn’t a lot of space either, so the room in the hospice is a lot better as it’s so much bigger and leads out to the garden. We were also able to bring Adam’s DVD player in, just in case.

‘I am so pleased with the care and support we’ve all been given. Dad’s quality of life has been so much better since coming into the hospice. He’s more comfortable and less anxious than he was. The Therapies Team have been giving him arm massages and he has a diffuser in the room to help relax him. He’s been colouring and we’ve been making pom-poms together too, to keep him busy. We even made one for another patient.

‘We’ve been able to be his family again, rather than his carers.’ 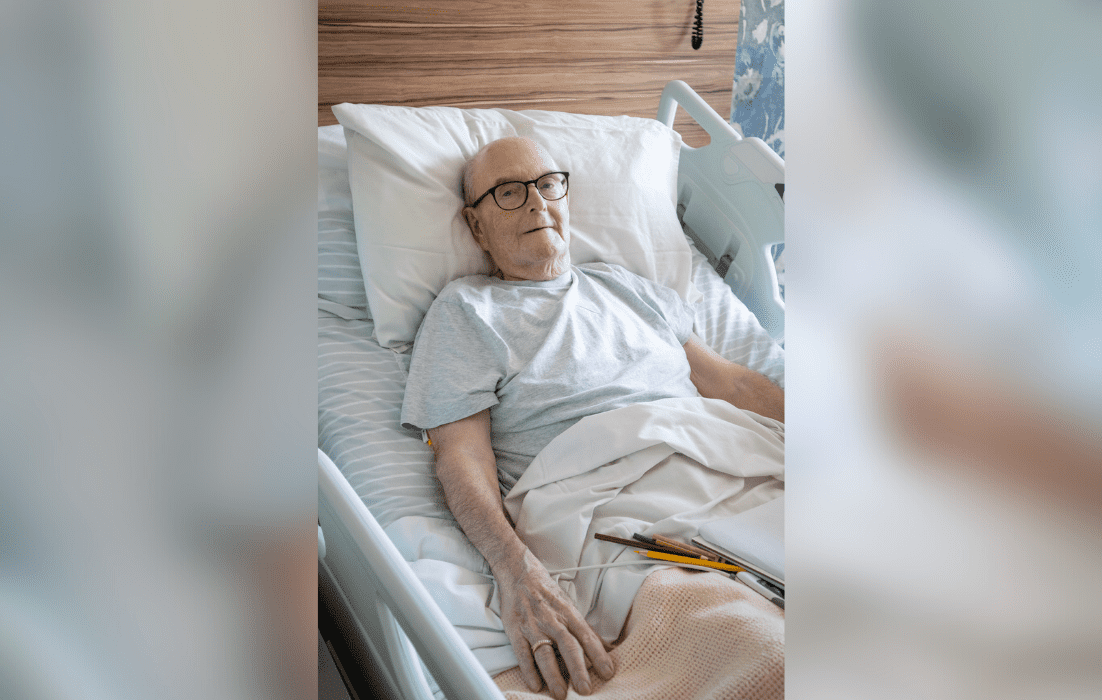 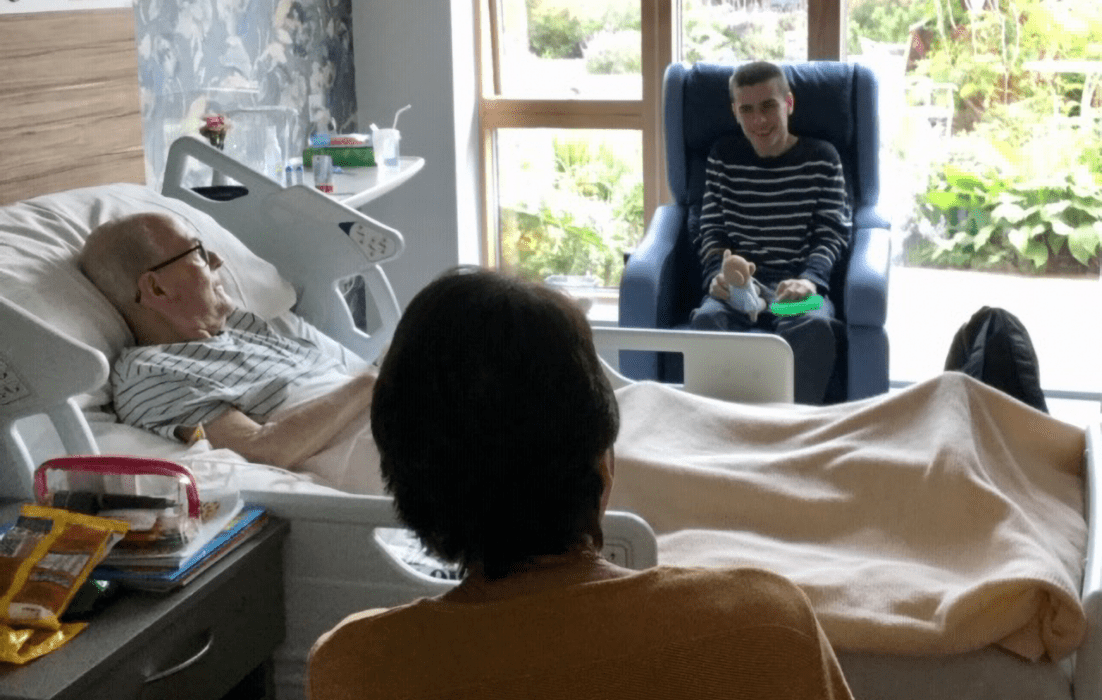 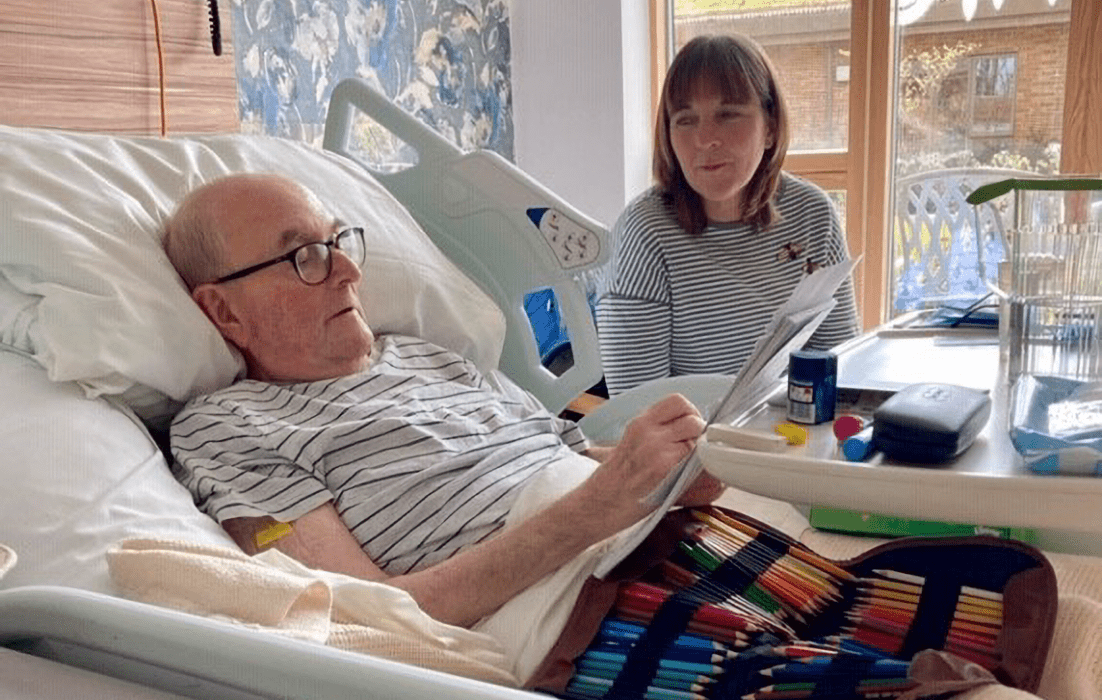 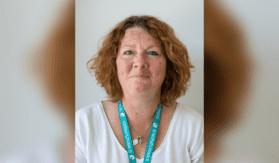 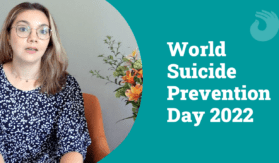 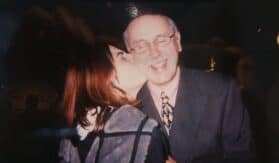 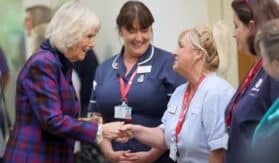 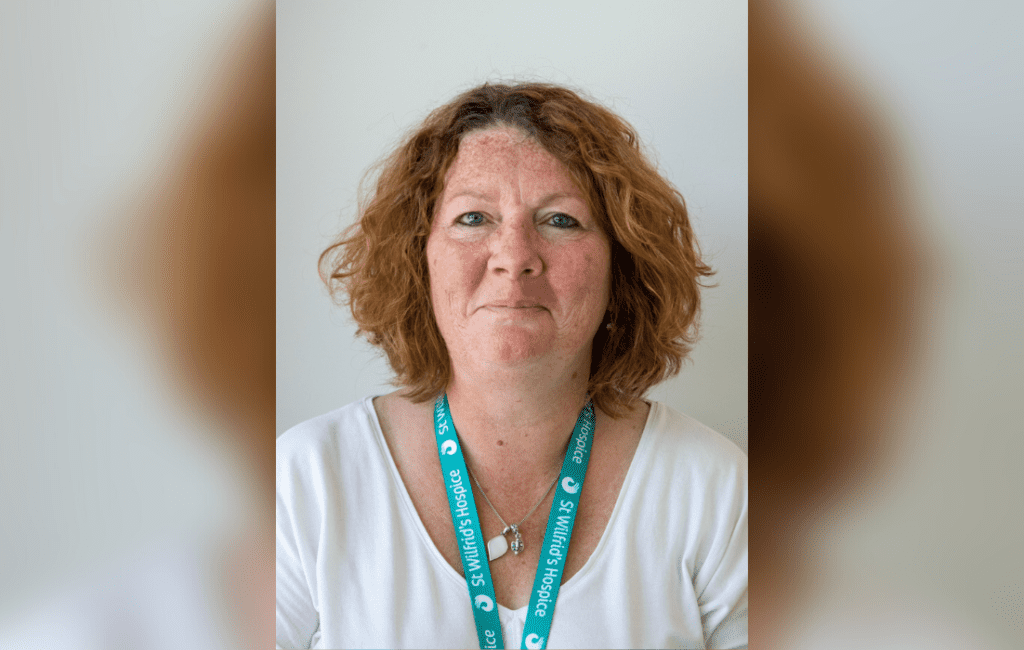 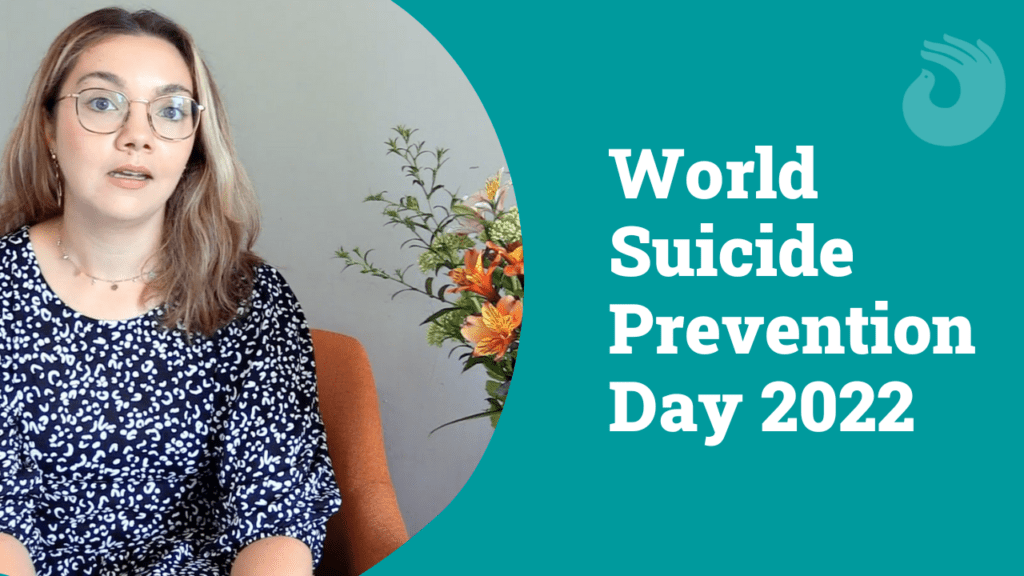 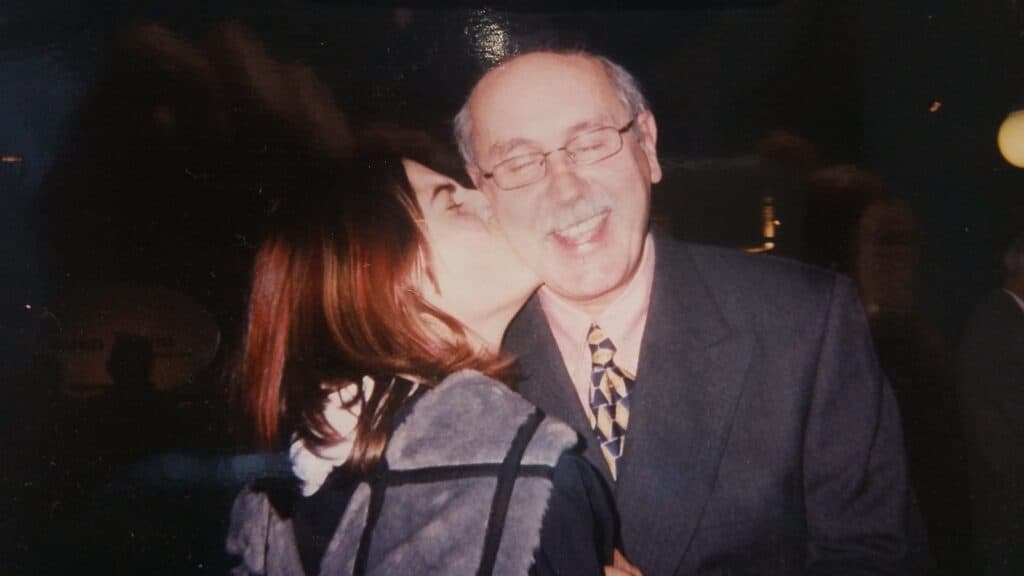 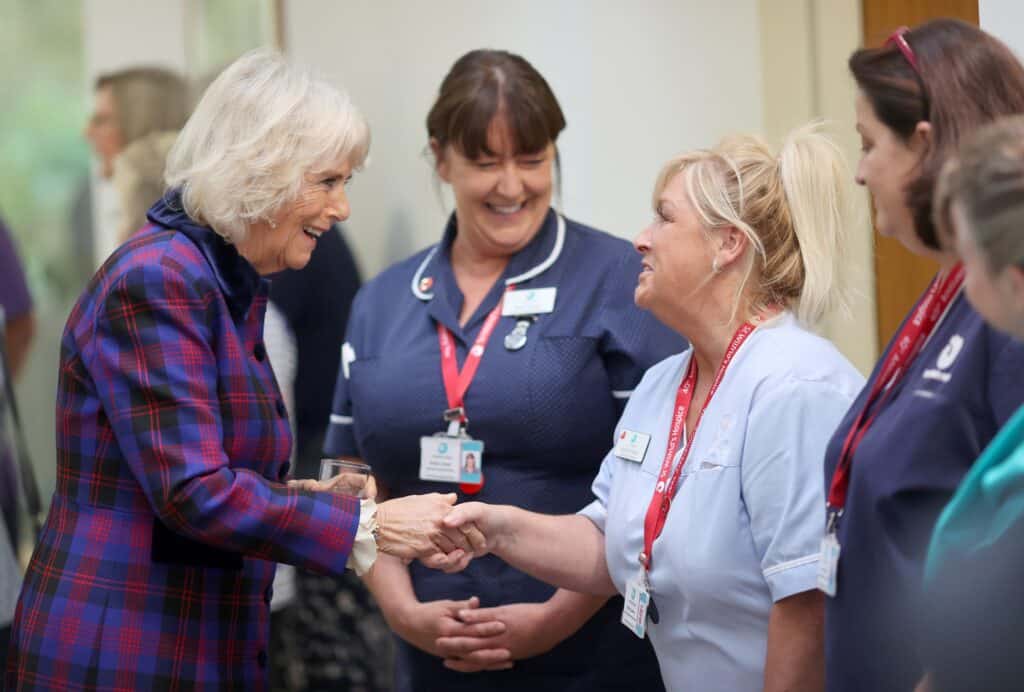