Every year on the 8th March, International Women’s Day (IWD) is observed around the world to raise awareness of women’s equality. The first IWD was held in 1911 after Clara Zetkin, Leader of the Women’s Office for the Social Democratic Party, proposed the idea at an International Conference of Working Women held in Copenhagen the previous year.

Over 110 years later, this international day is still being celebrated globally. This year’s theme is ‘Break the Bias’ with the aim of creating a world and communities free of stereotype and discrimination.

At St Wilfrid’s Hospice we strive to work with our communities to provide better care and a more diverse range of services. In 2019, we set up our Community Links project to create a vibrant community network across our catchment area. Within this network are several groups who support women, and to mark IWD we spoke to two of our local Women’s Institutes – St Wilfrid’s and Heffle – and the Eastbourne and District Soroptimists.

In 1915, the Women’s Institute set out to give women a voice and be a force for good in the community. They aim to provide an open, friendly, and supportive environment that inspires women to learn new skills, discover new interests and share experiences.

100 years after the WI was first set up, in 2015, the Heffle WI was formed in Heathfield. As with all WIs, women of all ages and backgrounds are welcome and the group now has around 50 members. ‘We have women in their late 30s and 40s up to their 80s. They all have different experiences to share,’ Janet, Secretary of the Heffle WI, told us.

‘The WI is about being there for people. I have made lots of new friends during my three years and we will always support one another,’ she continued. ‘It’s important to remember that someone may look fine on the surface, but underneath that might not always be the case. Especially during the pandemic as many of our members live on their own.

‘During the lockdowns we offered our phone numbers in case anyone felt lonely or depressed and we delivered “missing you” cards, too.’

Similarly, as with the Heffle WI, the door of the St Wilfrid’s WI’s is always open.

‘I have got to meet so many people through the WI,’ said Una, the group’s president. ‘I have a super committee who come up with fantastic ideas and help me whenever I need them. We don’t just get together at our monthly meetings, but we have a book club, a craft group and hold coffee mornings, too, and I do think it’s important for us to support International Women’s Day.’

‘We are so lucky that we have so much freedom here in this country,’ said Janet. ‘So many places around the world still view women as second-class citizens.

‘I consider myself a strong woman. Looking back on when I was growing up, my father didn’t have gender expectations. What my brothers could do, I could do too,’ she added, speaking on a more personal note. ‘I have three daughters and they are all strong women, too.’

‘Over the last 100 years, WI members have campaigned on a range of social, health, environmental and international causes. We are also supporters of The Associated Country Women Worldwide (ACWW) charity and each WI committee has an ACWW Pennies for Friendship collection pot,’ Una told us.

Soroptimist International (‘Soroptimist’ meaning ‘best for women’ in Latin) is a volunteer service organisation which first began in California in 1912 – two years after International Women’s Day was established. This was at a time when women were not permitted to join service organisations – in fact, the first person who founded the club was a man.

The organisation’s mission is to improve the lives of women through Education, Empowerment and Enabling opportunities. There are over 70,000 members worldwide across five federations: Africa, the Americas plus Canada, Europe, the South Pacific, and Great Britain and Ireland (this federation includes India and the Caribbean). There are also Soroptimist representatives in UNICEF and the UN.

‘If a need is identified, it will be shared with groups worldwide,’ Christine, Membership Secretary of the Eastbourne and District Club, told us.

The Eastbourne and District Club was formed in 1954 and now has 22 members, plus on honorary member. Like their parent organisation, they aim to help girls and women achieve their potential and have an equal voice in creating strong, peaceful communities.

‘We regularly support local charities and organisations including The Women’s Refuge, the Food Bank, Care for the Carers, The Salvation Army, and, of course, St Wilfrid’s Hospice who we became Community Links with in 2019,’ said Christine. ‘We also fundraise for national and international projects. The last example of this was for a sustainable garden project in Kenya.

‘Sometimes projects are shared with other clubs in the Sussex and Kent region, and we often collaborate in direct government lobbying and signing of petitions for issues such as women’s pension rights, gender equality and climate change. We also have link clubs across the world and during the pandemic we held a joint project with an Australian club. This was to each carry out 100 acts of kindness, such as helping neighbours with their food shopping.’

Alongside Janet and Una from our local WI groups, Christine also believes in the importance of having an internationally recognised day which celebrates the value of women in society.

‘There are places in the world that view animals as more important than women and where girls still don’t receive an education. Even in this country, there are many women who don’t have the knowledge around female health issues. We do a lot of work around how to spot the signs of ovarian cancer, for example.

‘This is why the Community Links project is so beneficial. Many people aren’t aware that there is a Soroptimist club in Eastbourne or of the work we do, so being able to spread the word is invaluable.

Janet from the Heffle WI agrees: ‘It has opened my eyes to a number of organisations that I didn’t know existed. It’s good to be involved, both personally and for the work of the WI. Word of mouth is such a wonderful way of imparting knowledge.’

If you would like to find out more about our local WIs and the Eastbourne and District Soroptimists, please visit our Community Link pages where you can find links to the websites of the groups and organisations that have joined the project.

Please note: St Wilfrid’s Hospice (Eastbourne) Ltd is keen to promote community links with other organisations and community groups and while the links on this page will take you to their respective websites, St Wilfrid’s Hospice (Eastbourne) Ltd is not responsible for the content of their websites or the practices of these groups/organisations. All other websites should have their own privacy notice/policy, and you are advised to refer to those accordingly. 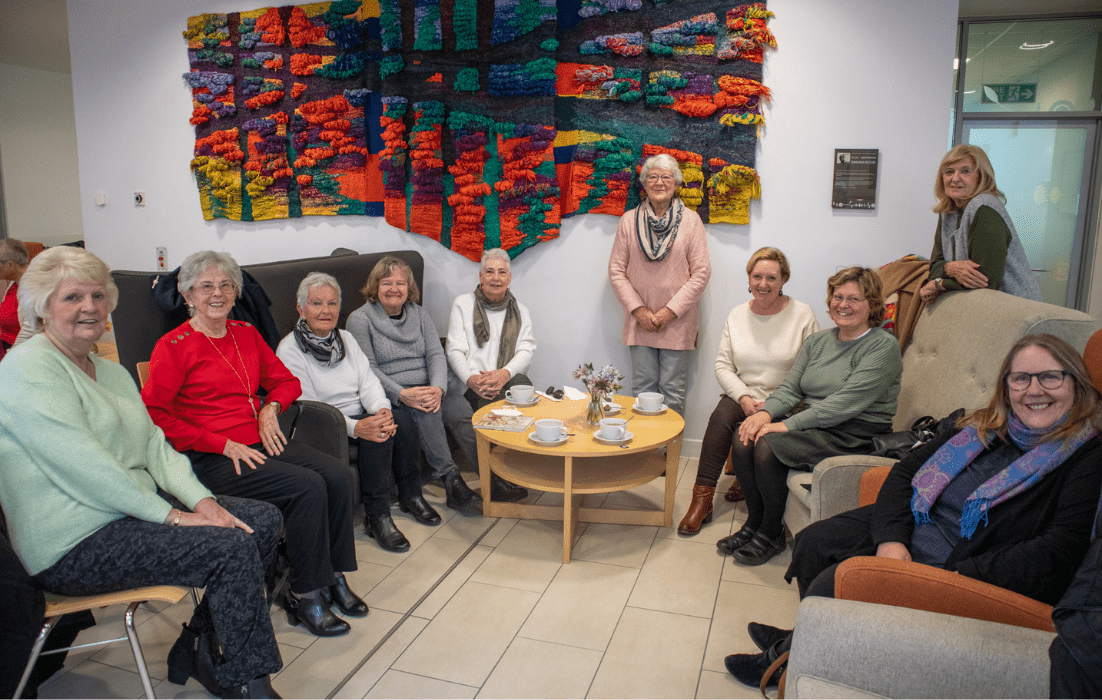 Members of the St Wilfrid's WI 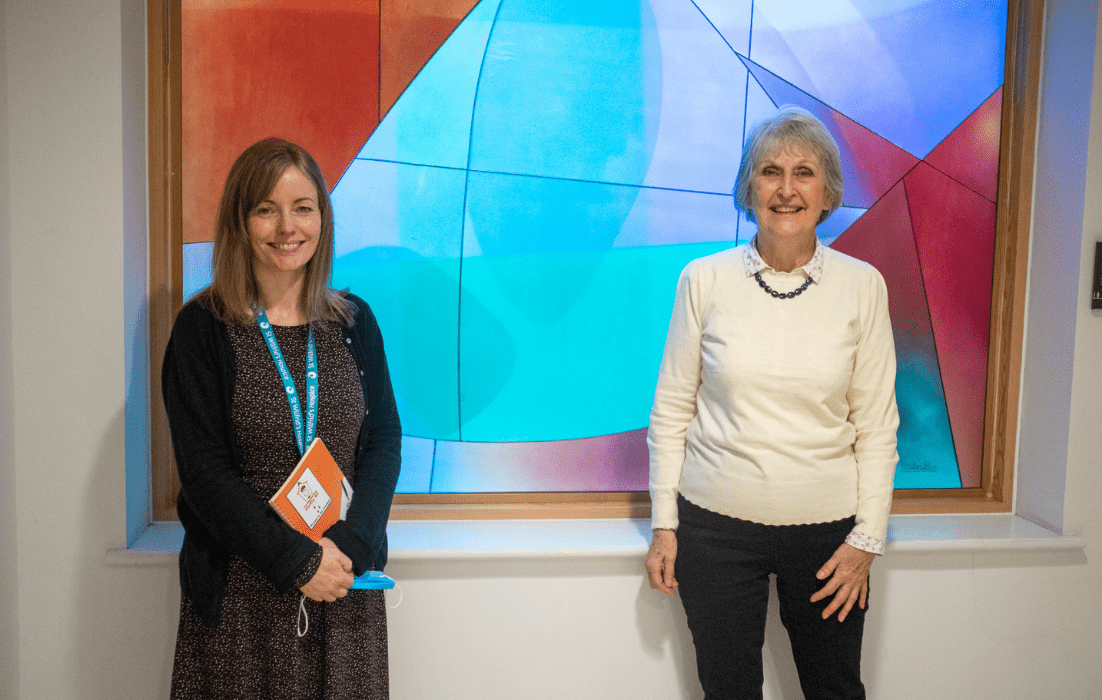 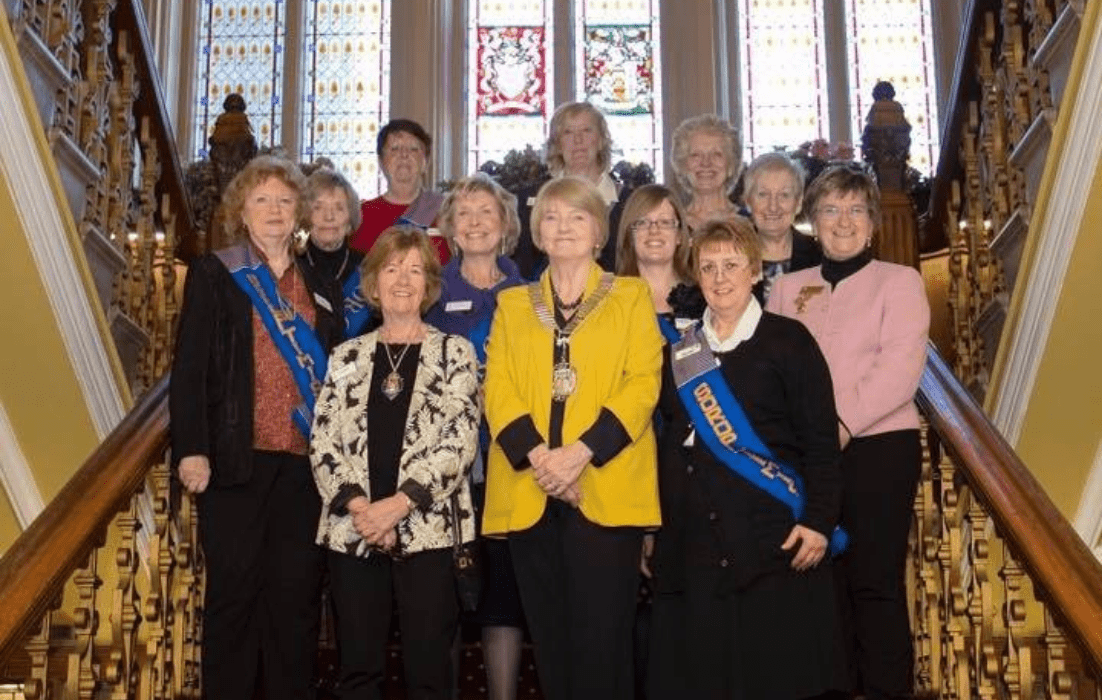 The Eastbourne and District Soroptimists at their IWD conference in 2018 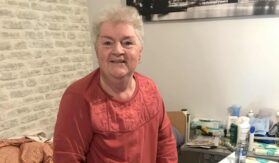 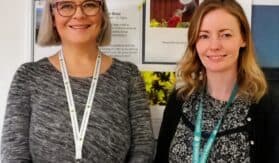 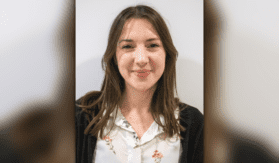 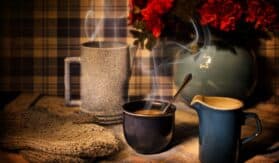 As we face extremely cold weather and the rising cost of living the local community has come together across our catchment area to offer Warm Spaces.
19/12/22 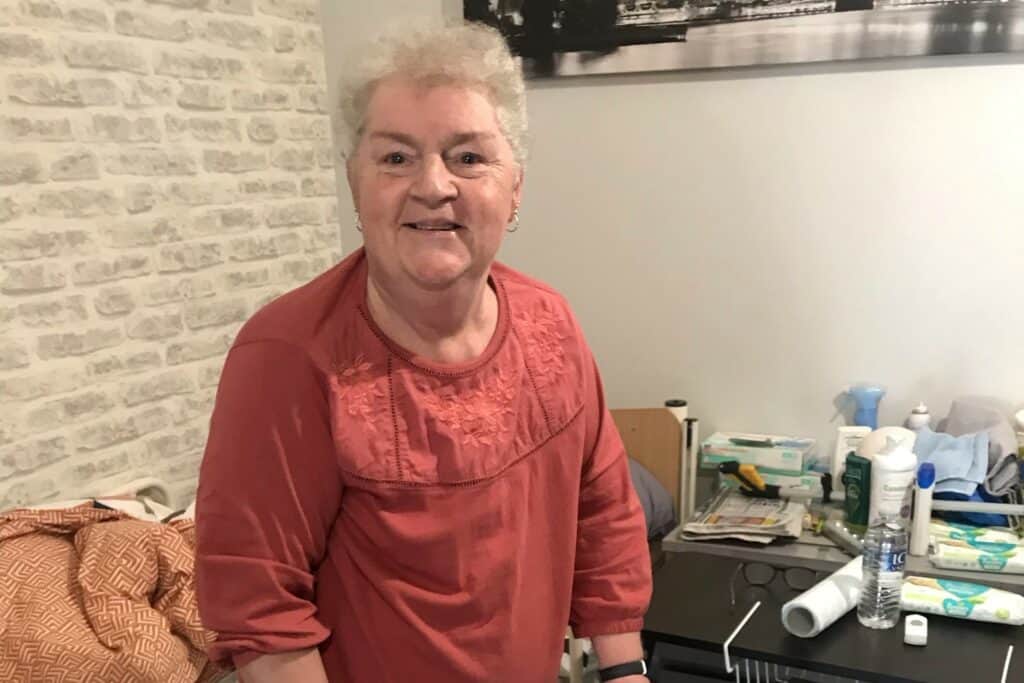 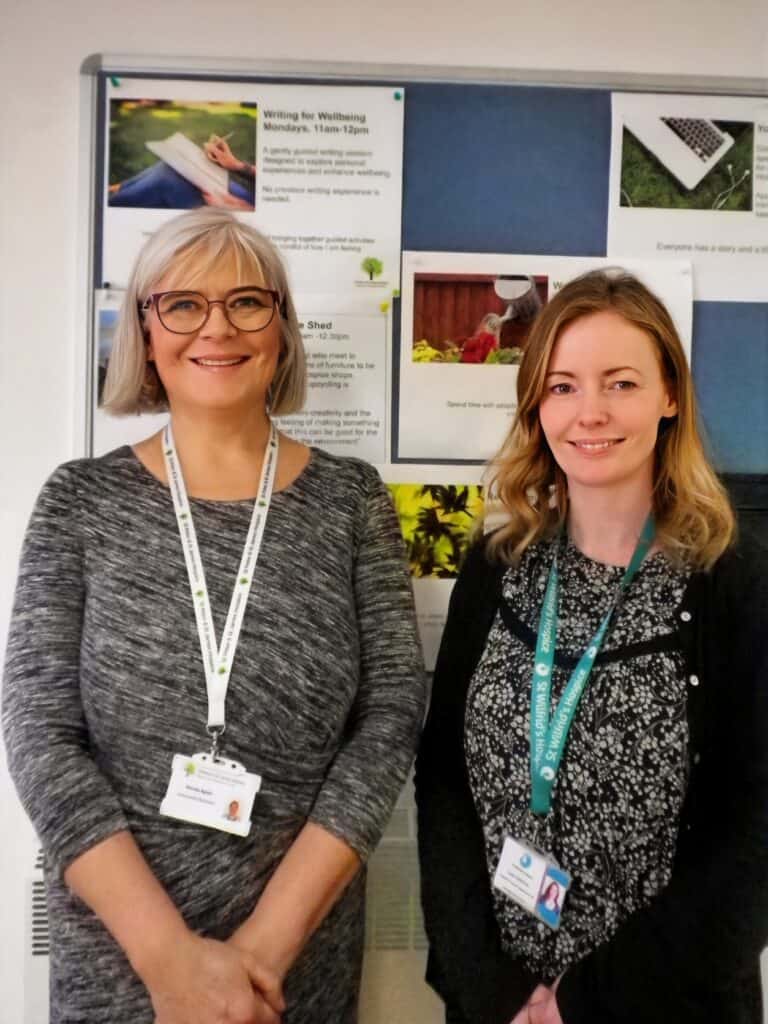 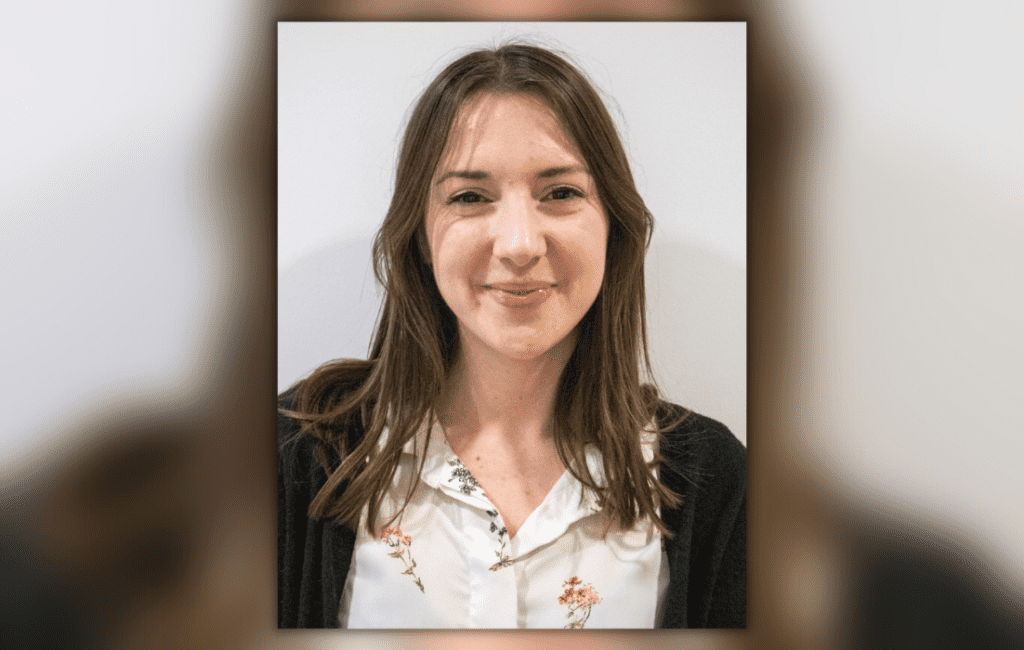 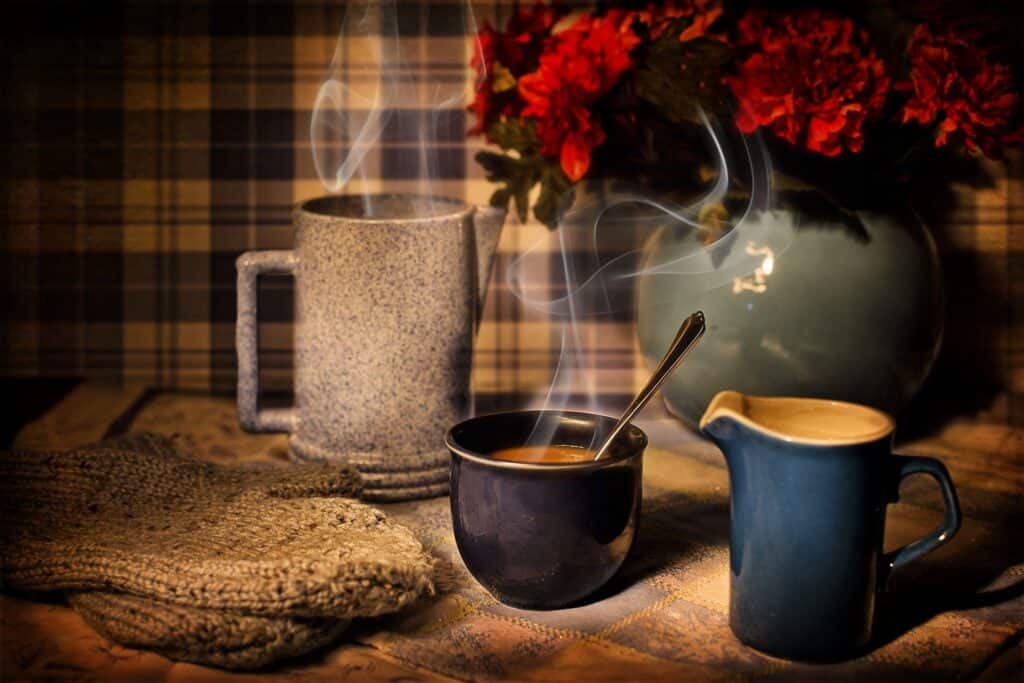 As we face extremely cold weather and the rising cost of living the local community has come together across our catchment area to offer Warm Spaces.
19/12/22
View all blogs