Give back to the future

The generosity and vision of people like you has enabled St Wilfrid’s to grow to the point where the hospice supports over 2,200 local people each year through our Inpatient Unit, Community and Patient and Family Support Service.

A gift in your will can help St Wilfrid’s to support local people for the next 40 years, and into the future. You know that your gift will help to ensure that no-one dies alone, afraid or in pain, and that the memory of you and your loved ones lives on into the future.

Ron and his wife Lily gave a gift of £100,000 in their will 10 years ago after they experienced, first hand, the care that Nurses give to patients and their families. They were with their wonderful daughter, and only child, Lyn, when she died from cancer at the old hospice in Mill Gap Road. They decided that in memory of their child, they would leave half of their estate to the hospice.

That £100,000 was invested into our Community Nursing team, helping to convert the accommodation that was available to the team and to provide extra nursing care. Today, the team visits and care for so many more people than they we were able to see in 2010.  Last year, this was over 5300 visits.

Ray, Elizabeth’s husband explained: ‘I first met Liz in 2008, quite by chance. I had been a widower since 2000; my first wife had had cancer three times during our time together. I had been looking after my uncle who was a neighbour of Liz and he asked me to do a few jobs for her.

‘During that period Liz had several illnesses, the worst being PBC - a serious liver disease. I did jobs for her and we just clicked, started going out and eventually fell in love. We moved in together, later retired to Seaford and married in 2012. The PBC progressed into liver cancer and despite several bouts of chemo, we knew she wouldn’t recover.

‘Her wish was to be able to stay at home and that was only made possible by the staff at St Wilfrid’s. Without their support, we would not have been able to cope and she died peacefully in her own bed. I can’t thank St Wilfrid’s enough.’

The gift in Elizabeth’s will was because she also wanted to give back to the future. In these unprecedented times, we are able to use this wonderful gift to support the salary of a nurse that is so vitally needed, as our patient numbers grow.

If you would like to find out more about how a gift in your will can support patients at St Wilfrid’s in the future, please call John Summers on 01323 434214. 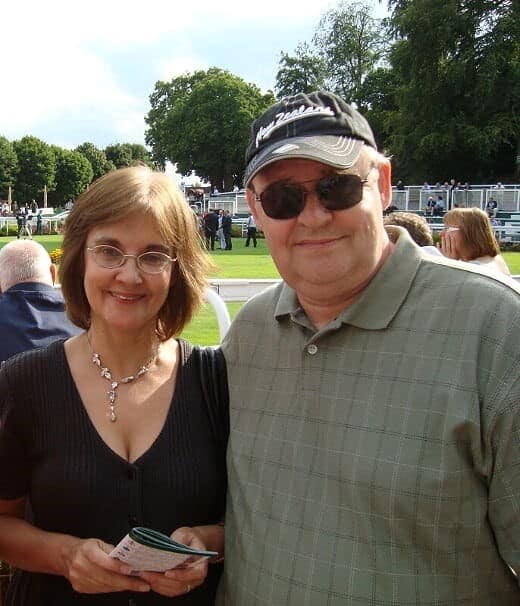